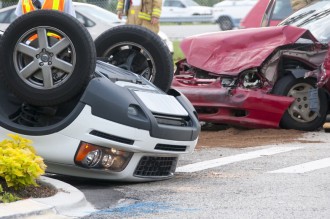 We can’t put a value on human life, so the loss of one person is priceless, really! However, we can very quickly determine the immediate loss-of-life costs surrounding that car accident.

In 2010, car crashes cost nearly $1 trillion due to loss of revenue from work production and medical, according to the National Highway Traffic Safety Administration. Surprisingly, nearly 10 million car accidents go unreported every year.

According to research and data collected on motor vehicle crash deaths by the Center for Disease Control and Prevention, CDC:

Who Pays the Costs of Vehicle Related-Deaths?

For the most part, insured drivers who had nothing to do with car crashes pay about 75 percent of all costs associated with a car accident through their car insurance premiums.

How Can Colorado Prevent Deaths Due to Car Accidents?

(According to data from the National Center for Injury Prevention and Control.

If you have been injured in a car accident, it’s time to contact a trusted Littleton car accident lawyer at Bahr, Kreidle & Flicker. Since 1983, our attorneys have been fighting on behalf of injured people and aggressively standing up against injustice, inequality and intolerance. Our lawyers know how serious and devastating the impacts of car accident can be, and we know that many injured people depend on settlements to get the medical treatments they need. That’s why we are committed to advocating injured people’s rights while working diligently to help them maximize their financial recoveries.