A hit-and-run story such as this tends to weight a bit heavier on families as kids start going back to school. In this case, the driver was sentenced to one year in jail and four years of probation for hitting a Highlands Ranch jogger.

“Mr. **** struck and seriously injured the victim, who was jogging on the sidewalk,” said Senior Chief Deputy Attorney Jason Siers in a press release. “Mr. **** returned home, without notifying law enforcement of the crash, while the victim was injured and suffering on the side of the road. This case should serve as a reminder that every motorist has a duty to drive responsibly and, if involved in a crash, immediately report it to law enforcement.”1

Details and Allegations of the Hit-and-Run Injuring the Jogger 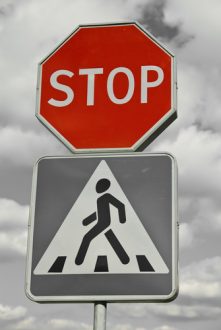 The following details and allegations surrounding the hit-and-run of the Highlands Ranch jogger were collected from court records and news reports:1

Pedestrians are defined by the National Highway Traffic Safety Administration as “any person on foot, walking, running, jogging, hiking, sitting, or lying down, who is involved in a motor vehicle traffic crash. A traffic crash is defined as an incident that involved one or more motor vehicles where at least one vehicle was in transport and the crash originated on a public roadway, such as a street or highway.”

Here are some interesting facts about pedestrian-related crashes:

Every year countless people are injured as a result of car accidents, and if you suffered injury you are entitled to justice. In order to make you are award compensation for damages and the offending party is punished, you’ll need a champion for justice. That’s why you should contact a trusted Littleton Car Accident Lawyer at Bahr, Kreidle & Flicker to set up a. Since 1983, our car accident attorneys have been winning cases on behalf of injured people and standing up to reckless drivers who need to be held accountable for their actions.

Let a professional legal team handle your personal injury case, call us for a free, initial consultation at (303) 794-7422 or email us using the contact form on this page.

1“Hit-and-run driver sentenced to one year in jail” published in the Littleton Independent, June 2016.