Adrenalin, youthfulness and a feeling of invincibility are usually traits used to describe those who are involved in illegal street racing. These youngsters typically like to soup up their cars and meet late a might on what many believe are quiet straightaways on city thoroughfares. But, as sometimes happens, these young drivers either get caught for speeding or even driving under the influence, or worse – crash and die.

Unfortunately, Denver just had a deadly street racing incident on Saturday, August 20. Apparently, two silver sedans crashed at the intersection of Interstate 76 and Federal Boulevard after running a red light. One person died at the scene and two others were rushed to the hospital, according to the Colorado State Patrol.1

What Does Street Racing Look Like Today in the United States? 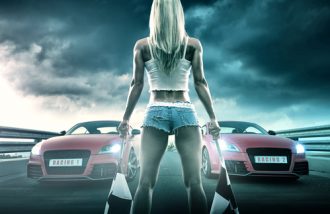 Street racing is alive and well in America and it tends to occur during the weekends, when our youth are out of school and find themselves bored looking for thrills. The big difference between street racing today and street racing in the past is that today’s version is very brazen and often times is very well regulated. Street racing today often involves several roles:

What Are the Offshoot Adverse Impacts Associated with Street Racing?

Have you been arrested or charged with street racing? If so, it’s time to contact a trusted Littleton Car Accident Lawyer at Bahr, Kreidle & Flicker. Since 1983, our attorneys have been fighting on behalf of those charged with all kinds of traffic infractions.

Our lawyers familiar with traffic law, and we’ll aggressively fight for your rights and the best outcome possible. To get more information about how we can assist in your potential case and rights, call us at (303) 794-7422 or email us using the contact form on this page.