4 Child Custody Myths that Can Hurt You in Divorce

4 Child Custody Myths that Can Hurt You in Divorce

Child custody is often one of the more heated issues in divorce, and understanding the facts about these cases can be essential to:

Elucidating the facts about child custody cases, below we have presented and dispelled some of the most common misconceptions about them.

Don’t Be Misled by these Custody Myths 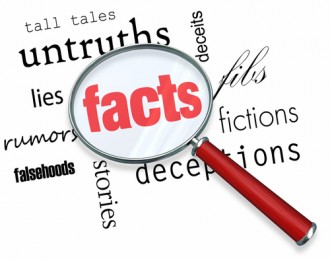 Being misled by these myths about child custody could compromise your interests, a Littleton divorce & family lawyer explains. Here’s why.

This is just not true these days. In fact, gender is not a consideration when it’s up to the court to rule on custody disputes. Instead, the most important factor impacting custody determinations will be what is in the child’s best interests.

2 – Kids can decide who gets custody.

Nope! Although children can weigh in about their custody preferences (telling the court what they want when they are old enough to do so), children won’t have the final word on how custody is to be awarded/split. Only the parents can make this decision (if they can come to an agreement) – or the court will.

3 – Once the court decides on the custody split, that decision stands until the child turns 18.

This is also not necessarily true. Court rulings regarding custody will remain in place until or unless a modification is requested by either parent. Some of the reasons that parents may need to modify custody arrangements in the future can include that they:

4 – I don’t have to abide by court custody orders if my ex doesn’t pay child support.

This is absolutely wrong and could end up creating a lot of problems for people. Using custody and kids as leverage against an ex who has not been making child support payments can:

What is better to do in these situations is to file a motion with the court regarding non-payment of support. Once that has been done, it may also be advisable to file for a modification of the custody arrangement and get the court to officially change the agreement (rather than simply violating it).

When you are ready to move forward with divorce, contact a Littleton divorce & family lawyer at Bahr, Kreidle & Flicker. Since 1983 we have been aggressively advocating our clients’ rights to help them successfully resolve their family legal issues.

To set up a meeting with one of our lawyers and get experienced advice regarding your best options for keeping your divorce costs low, call us at (303) 794-7422 or email us using the form on this page.