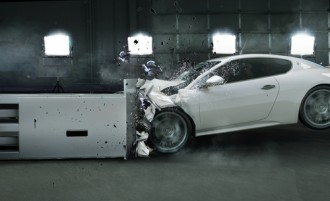 The 5-Star Vehicle Rating system developed by federal regulators nearly four decades ago may soon be updated to include new tests, new crash dummies and new ratings for crash-avoidance systems, according to officials at the U.S. Department of Transportation (DOT).

In fact, the proposed changes, which are focused on modernizing the Rating system, are fairly extensive, and they are expected to “give consumers even better information to help them choose a safe vehicle.” The goal, regulators have pointed out, is to enhance safety choices, encourage carmakers to produce safer vehicles, and, ultimately, to save lives.

NHTSA’s 5-Star Safety Ratings have set the bar on safety since it began in 1978, and today we are raising that bar…The changes provide more and better information to new-vehicle shoppers that will help accelerate the technology innovations that saves lives.

NHTSA’s 5-Star Safety Ratings program was the first of its kind… [now] we’re adding to that legacy of global safety leadership, ensuring that American consumers have the best possible information about how to protect themselves and their families, and taking a significant step forward in our efforts to save lives and prevent injuries.

Among the various updates that the DOT has proposed for the 5-Star Vehicle Rating system include (but are not exclusive to):

To see the full proposal regarding these updates, click here.

Currently, the DOT is accepting public comments on its proposal. Regulators have also explained that they will render a final decision regarding the proposed changes by the end of 2016.

If you have been hurt in a traffic crash, contact a Littleton car accident lawyer at Bahr, Kreidle & Flicker to find out more about your options for financial recovery