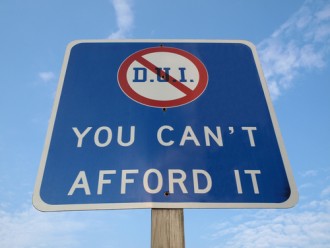 Cracking down on impaired driving is a top priority for transportation regulators and law enforcement officials during the holiday season. While these efforts generally include public service announcements, along with heightened patrols and checkpoints, this year’s anti-drunk driving crackdown will also include running new ads before screenings of Star Wars in theaters across the nation.

The ads, entitled Man/Woman in the Mirror, feature an individual facing a mirror, with the reflection trying to convince the impaired individual that (s)he’s OK to drive. The point is to highlight how impairment can lead to poor judgment – and how drunk individuals “can’t trust themselves to properly judge whether they are sober enough to drive.”

Discussing the new ads and the overall importance of the holiday DUI crackdown, NTHSA Administrator Mark Rosekind has noted that:

In the time it takes to watch a two-hour movie, two or more lives will be lost in drunk-driving related crashes. Drunk driving doesn’t just happen. It’s a decision people make. A decision to break the law can bring with it fatal consequences…We’re proud to be working with thousands of law enforcement agencies across the country to protect the public and get drunk drivers off our roads.

Regulators Backup Their Message with DUI Crash Statistics for 2014

As part of the announcement regarding these new anti-drunk driving ads, officials also released some new findings about the incidence of drunk driving accidents and fatalities in the U.S. in 2014. And here are some of the most noteworthy statistics:

If you have been hurt in a drunk driving crash – or any type of traffic collision caused by negligence, contact a Littleton car accident lawyer at Bahr, Kreidle & Flicker to find out more about your options for financial recovery.