Speeding: A Leading Cause of Preventable Crashes

Speeding: A Leading Cause of Preventable Crashes 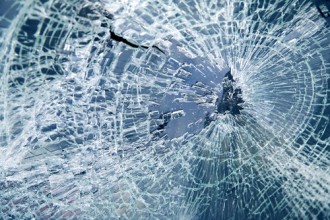 The risk factors for & impacts of speeding

Speeding is a major contributing factor to thousands of fatal traffic crashes every year in the U.S. That’s why the National Highway Traffic Safety Administration (NHTSA) is set on getting the word out that “Speed Shatters Life!”

This campaign has one goal: to inform the public that driving at speeds that exceed the posted speed limit can endanger them, as well as other motorists on the road. In fact, regulators want motorists to understand that, while speeding is illegal and can lead to expensive tickets (along with points added to a driving record, etc.), it can also lead to catastrophic – if not deadly – traffic crashes.

Risk Factors for Speeding: When Motorists Are Most Likely to Be Speeding

Although any driver can have a lead foot, it’s far more common for speeding to be an issue1 if or when:

Speeding Gets a Failing Grade

Although fatal auto accidents related to impaired driving and failing to wear seatbelts have been on the decline in recent years, speeding-related crashes have NOT seen a similar downward trend. In fact, in 2104, approximately 9,300 motorists died in a car accident in which speeding was a factor, according to the Governors Highway Safety Association.

This may reveal the facts that:

The Impacts of Speeding in an Auto Accident

When speeding leads to traffic collisions, it can:

To prevent speeding-related traffic fatalities, some believe that authorities need to take a similar stance with speeding as they have with impaired driving. This move reflects the views and research being done by Washington State’s Target Zero Team project, ticketing by technology advancements, and public service announcements.

While it remains to be seen if states will fall in line with this thinking, here are some of the things that authorities across the nation have done to try to curb speeding (and prevent the crashes it can cause):

If you have been injured in a car accident, it’s time to contact a trusted Littleton car accident lawyer at Bahr, Kreidle & Flicker. Since 1983, our attorneys have been fighting on behalf of injured people and aggressively standing up against injustice, inequality and intolerance.

1: Based on a study conducted by the NHTSA