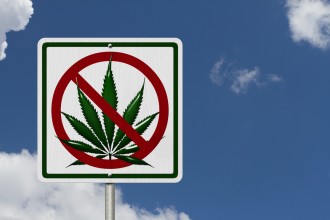 “The efforts made in 2015 highlight the Colorado State Patrol’s continued commitment to the citizens of Colorado to ensure safe travel throughout our state,” said Colonel Scott Hernandez, CSP chief has stated.

Although this is only the second year that CSP has been tracking stoned driving citations, this does suggest a promising trend that authorities hope to continue in 2016 and beyond.

A Look at the Dangers of Stoned Driving

Stoned drivers (as well as other types of impaired motorists) can present a significant risk to others on the road, as marijuana impairment causes:

In fact, an impaired driving study conducted by federal regulators at the National Highway Traffic Safety Administration (NHTSA) has revealed that:

Remarking on the dangers of stoned driving NHTSA Administrator Mark Rosekind has stated:

The rising prevalence of marijuana and other drugs is a challenge to everyone who is dedicated to saving lives and reducing crashes.

Similarly, Jeff Michael, an associated administrator at the NHTSA, has explained that:

Drivers should never get behind the wheel impaired, and we know that marijuana impairs judgment, reaction times and awareness… These findings highlight the importance of research to better understand how marijuana use affects drivers so states and communities can craft the best safety policies.

What do you think about the findings that stoned driving declined in 2015? Do you think this is an anomaly or the start of a promising trend? Share your opinions with us on Facebook & Google+.

If you have been injured in a car accident, it’s time to contact a trusted Littleton car accident lawyer at Bahr, Kreidle & Flicker. For well over 30 years, our attorneys have been fighting on behalf of injured people and working diligently to help them maximize their financial recoveries.