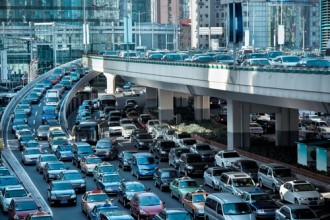 A Littleton car accident lawyer discusses a study that found that Uber and other ride sharing services have triggered a drop in drunk driving accidents.

Uber and other ride sharing services may be having a significant impact on public safety on the roads, researchers at Temple University have recently found. This is because, as their findings have indicated, ride sharing services have contributed to a roughly 4 to 6 percent decrease in the incidence of drunk driving accidents in California alone (the state on which researchers focused their analysis).

Although Uber and others have heavily marketed their services to those who are out drinking, the Temple University researchers’ findings are the first independent study conducted to zero in on the impacts ride sharing may be having on motorists’ choices and traffic accidents.

As part of this study, researchers also extrapolated their findings to the national level. This led them to predict that an expansion of ride sharing options to more cities (including smaller municipalities) could save as many as 500 lives each year in the U.S. And, it could save the U.S. economy about $1.3 billion (as this is the projected cost of drunk driving accidents).

Do Taxis Have the Same Effect? No, Researchers Say

While Uber and other ride sharing services seem to be decreasing the number of drunk driving accidents that are occurring in certain places in the nation, taxi cabs have not had the same effect in preventing impaired motorists from driving, researchers explained.

This may seem counterintuitive because, essentially, cabs and ride share services offer the same services, namely transporting people to where they want to go when they can’t or don’t want to drive.

However, the heavy regulations on the taxi cab industry have led to minimal availability of taxis in some areas – and, more crucially, at certain times, such as over festive holidays when a lot of impaired people may be looking for rides. This can contribute to impaired drivers making the poor decision to get behind the wheel when they can’t find a taxi cab, researchers have noted.

Commenting on these findings, study authors Brad Greenwood and Sunil Wattal have explained that:

Although the results of this investigation cannot speak to public welfare losses which may result from improper vehicle handling or safety on the part of consumers (although our results do not indicate an effect on sober deaths)…they provide important insights into the potential benefits of the sharing economy and inform licensed livery services of the necessary steps which need to be taken to compete with firms like Uber.

For experienced help with your financial recovery after a traffic accident, contact a Littleton car accident lawyer at Bahr, Kreidle & Flicker. Since 1983, we have been fighting on behalf of injured people and aggressively standing up against injustice, inequality and intolerance.

To get more information about your potential case and rights, meet with us for a free, no obligations initial consultation. Set up this meeting today by calling us at (303) 794-7422 or emailing us using the form on this page.