When you go to a rock concert does the thought of your safety ever come to mind? Do you ever wonder how safe you’ll be in a raucous, party-going crowd at a music festival? Have you ever wondered about the bleachers or stage that you are near at a concert? Perhaps these things should matter to you. At least they concern a group of 17 concert goers who were injured at a New Jersey show featuring Snoop Dogg and Wiz Khalifa. Those injured seek monetary damages from the performers and the owner/operator of the venue where the show was held for failure to provide duty of care at the event. Snoop’s legal team argued that since he lives in California, and not Pennsylvania where the accident occurred, he should not be implicated. Whiz Khalifa and the venue’s owner, Live Nation, continue to fight the litigation.

“The safety of patrons at concerts must always be paramount,” said Robert Mongeluzzi, who represents the musicians named in the suit. “The failure of this railing at the concert venue was caused by a failure in planning and execution. A second stage was located beneath a lawn area with no seat or aisles, leading to crowd surge when Snoop Dogg screamed, ‘Everybody in the motherf***ing lawn, bring your *** down here.'”¹ 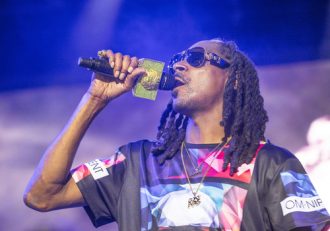 The following details and allegations surrounding the continuing Khalifa and Live Nation concert lawsuit over the collapsed stage were gathered from court documents and news reports:

Who Is Mostly to Blame for Injuries at Spectator Events?

Approximately 15 million people in the United States attend a professional sporting event every year, according to the Internet Journal of Law, Healthcare and Ethics. Here are some interesting statistics, according to one study on the subject:2

So, who’s more likely to be blamed for these injuries, you might ask? Well, courts consistently side with the teams, leagues, and event promoters most of the time. Most of the time, courts tend to rule that spectators assume some level of risk by going to certain types of events. They also tend to view that there is a likelihood that spectators will get hit by flying pucks, balls, etc. at these types of events. The courts have consistently ruled that sports fans bare some portion of burden to expected a foul ball, flying golf ball, or puck. In fact, most leagues and teams even print a disclosure that is found oftentimes on the backs of a spectator’s ticket. There are obviously challenges to the status quo, like this concert case.

Have been injured at a spectator event and feel the host or venue is negligible for your injury? If so, contact a trusted Littleton Personal Injury Lawyer at Bahr, Kreidle & Flicker. Since 1983, our personal injury lawyers have been fighting on behalf of injured people and aggressively standing up against injustice, inequality, and intolerance.

Our lawyers know how serious and devastating the impacts of an injury caused by a foul ball, flying puck or golf ball can be, and we know that many injured people depend on settlements to get the medical treatments they need.

For more information about your potential case and how we can assist you, call us at (303) 794-7422 or email us using the contact form on this page.

2“Who is Responsible When Spectators are Injured While Attending Professional Sporting Events?” published in Denver University’s Sports and Entertainment Law Journal, May 2005.